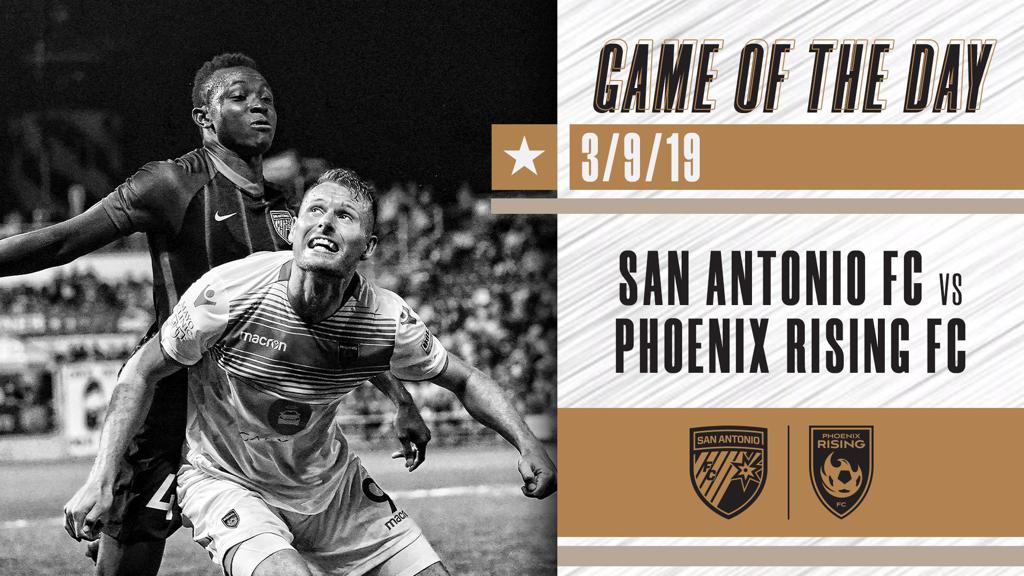 Welcome to today’s Classic Championship Game of the Day, where we’re going back to the opening weekend of the 2019 USL Championship season and a six-goal classic between hosts San Antonio FC and Phoenix Rising FC.

Rising FC entered the 2019 season as the defending Western Conference champion, having been edged out in the final game of Didier Drogba’s storied career in the 2018 USL Championship Final. That, combined with the departure of Chris Cortez during the offseason, meant new recruits were in order as both Adam Jahn and Junior Flemmings joined the club in the offseason to accompany Solomon Asante and Jason Johnson in Phoenix’s attacking corps.

San Antonio FC, meanwhile, was coming off a season in which it finished one place out of the postseason. With the arrival of some bright new talent including defender Josh Yaro, midfielder Jack Barmby and future Young Player of the Year Cristian Parano, the hosts were looking to make a statement before a sellout crowd of 8,058 fans at Toyota Field.

So now, sit back, relax and enjoy a classic 90 minutes of Championship action.