TAMPA, Fla. – The USL Championship announced the Team of the Week Presented by Cleer Audio for Week 13 of the 2020 regular season on Tuesday, with San Diego Loyal SC’s Rubio Rubin named Player of the Week after recording a hat trick in his side’s 3-2 victory on the road against Phoenix Rising FC on Saturday night.

Previously selected seven times for the U.S. Men’s National Team, Rubin joined SD Loyal in August to help bolster the club’s attack in its pursuit of a place in the 2020 USL Championship Playoffs. Rubin struck three times in the first half against Rising FC as San Diego handed Phoenix its first loss of the season at Casino Arizona Field.

Rubin earned 53 percent of the ballot for his performance. Louisville City FC’s Cameron Lancaster finished second with 29 percent of the vote after recording three goals and one assist across two victories for LouCity that also saw the 2018 Golden Boot winner reach 50 regular season goals in the Championship for his career.

The Championship’s Player of the Week is selected by the USL National Media Panel, which is made up of representatives from each media market in the Championship. 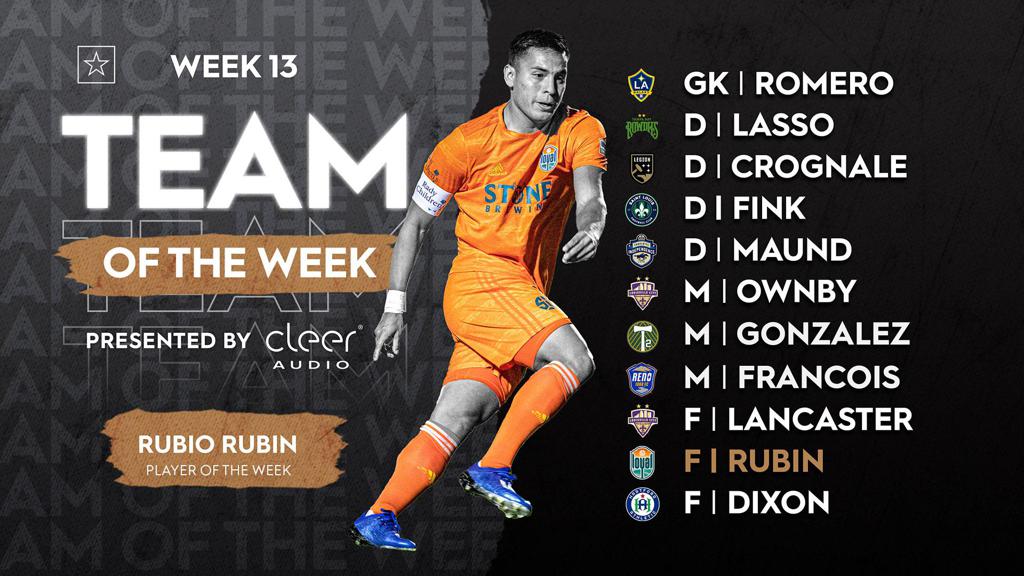 D – Aaron Maund, Charlotte Independence: Maund scored the lone goal of the game, won 6 of 8 duels and 5 of 7 aerial duels, made 11 clearances and completed 35 of 43 passes as the Independence defeated North Carolina FC.

F – Cameron Lancaster, Louisville City FC: Lancaster recorded three goals and one assist across two victories against Indy Eleven and Memphis 901 FC, and in the process reached 50 regular season goals in the Championship for his career.

F – Rubio Rubin, San Diego Loyal SC: Rubin scored a first-half hat trick for SD Loyal as it took a 3-2 victory against Phoenix Rising FC for its third win in a row, keeping the club’s hopes of a playoff berth in its inaugural season alive.