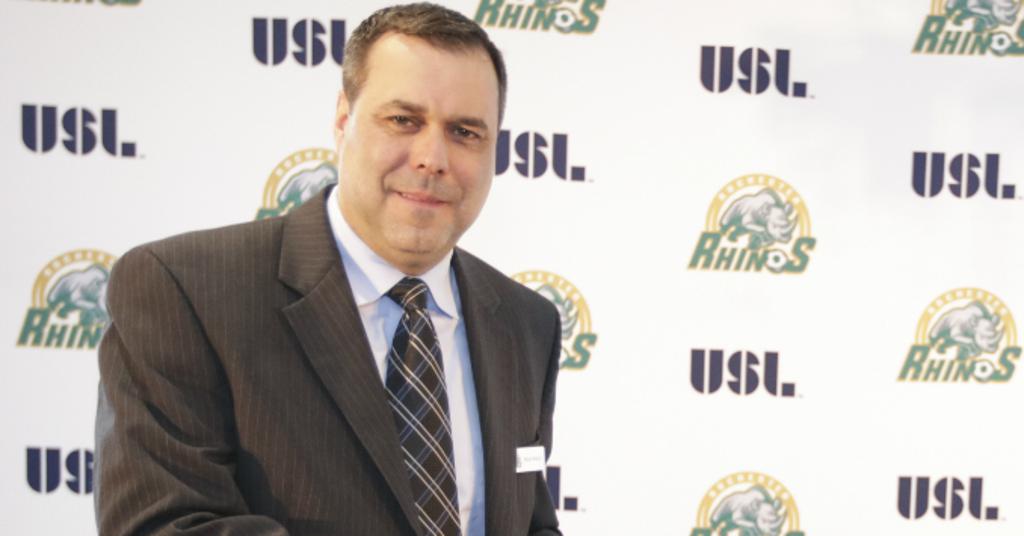 Washo served as the Executive Vice President for the Chicago Fire and Senior Vice President of the New York/New Jersey MetroStars in Major League Soccer, having previously been the Senior Director of Ticket Sales at D.C. United.

Additionally, Washo served as the Chief Marketing Officer of the National Women’s Soccer League’s Washington Spirit under his FSE agency, and was the President, General Manager and Board of Governors representative for the Women’s Professional Soccer’s Washington Freedom.

“Mark Washo brings outstanding experience in both men’s and women’s professional soccer to the Rhinos, and will be a strong leader for the club as we enter a new era,” said Rhinos Owner David Dworkin. “I am extremely excited to work with Mark as we push the club forward to an even higher level of success on and off the field.”

Washo’s career in professional sports spans 25 years, having worked in professional baseball for the Buffalo Bison and for the NBA’s Washington Wizards before joining D.C. United prior to the launch of Major League Soccer in 1996. He is also the author of “Break into Sports through Ticket Sales,” and a contributing author to the Sports Sales Management and Ticket Sales Operations book.

“I am honored and excited to join one of the historic clubs in North American soccer, in my hometown,” Washo said. “As the club starts a new era under the leadership of David and Wendy Dworkin, I cannot wait to get to work as we build a club the City of Rochester will be proud of for years to come.”